The House of Whispers is an adventure created for 2-4 characters of level 1-3. This adventure  is campaign setting neutral and can easily take place in any fantasy  world. The total potential number of experience points to be awarded by  this adventure are: 650 XP P What's going on?

An abandoned boarding house echoes with dark murmurs and faint  whispers. The last five families to own this building have all  mysteriously vanished or abandoned it in the night.

Locals speak of the House of Whispers in hushed tones, seeming to  fear its influence even from afar. The few who have visited tell of  fleeting voices in the night. Most assume it is haunted by specters of  the former owners, or that the ground itself is cursed.

The true cause of the disturbances is much more horrifying. Malcolm  Dowell, the eccentric architect of the building, had built himself a  secret room to use as a sacrificial chamber and place of worship to the  Immutable One, the Singing Darkness, the Shapeless Transmuter; it is an  ancient evil that lingers on the edge of existence.

During one of Malcolm’s profane services, he managed to call forth an  aberration, a Gibbering Mouther, which he began to feed. Unfortunate  boarders who are now merged with their host, their unsettling voices  murmuring along with the Mouther of chaos and evils past. Eventually,  Malcolm was overcome with madness by the incessant gibbering and fell  victim to the monstrosity, his own voice joining with the scores of  others.

That was twenty years ago, and since then the boarding house has been  left mostly abandoned. Investors, adventurers, and large families have  all moved in over the years, trying to make something of a seemingly  cheap investment, and none have lasted longer than a few months.

The aberration is too large to escape from the room it has called  home, but its chaotic whisperings can be heard through the vents and  pipes when the house falls quiet, often at night, and the inhabitants  are slowly driven insane or flee.

DM Note: This adventure relies on atmosphere and ratcheting terror.  There is a single monster to be slain but moving throughout the home  should feel like the house itself is against them. Warning: A Gibbering  Mouther can outright kill a 1st level character in a single hit.

Adventure. Easy to follow Adventure that works as a one-shot or fits nicely into an ongoing campaign.

In order to download this game you must purchase it at or above the minimum price of $4.99 USD. You will get access to the following files: 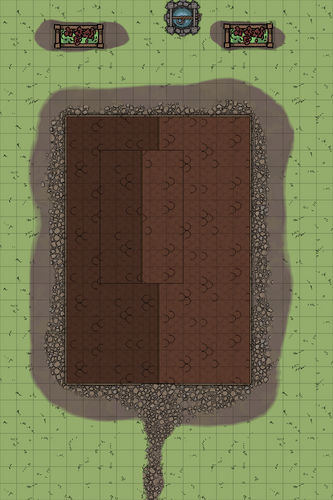 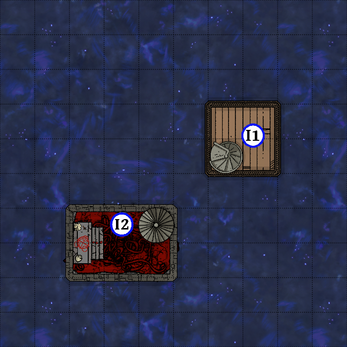 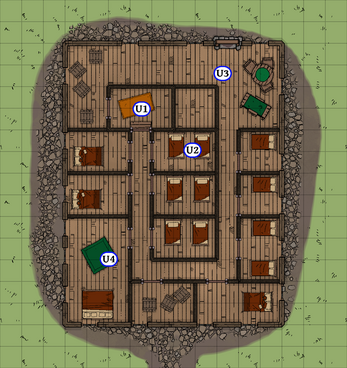 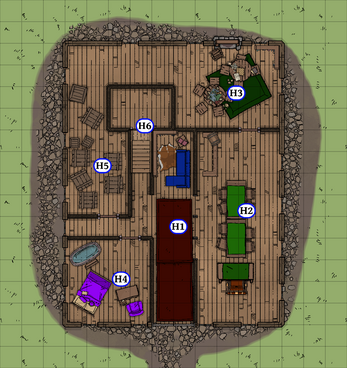